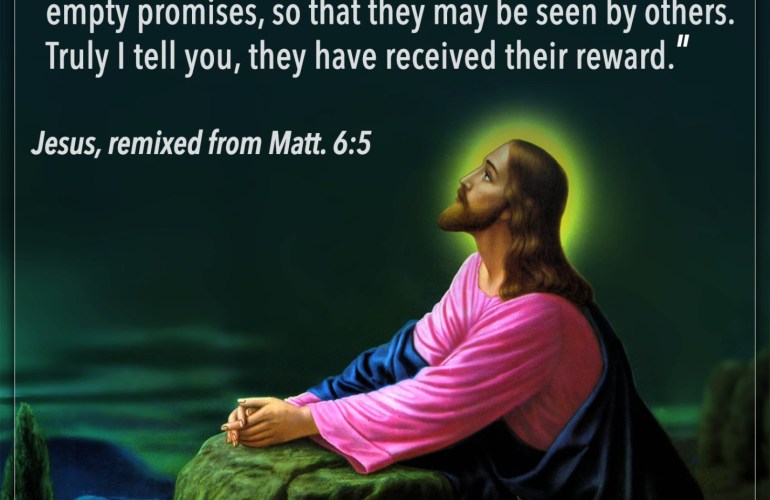 In the wake of another mass shooting, people are tired of prayers in the place of plans, and of half-felt sympathy offered as a poor substitute for real empathy (which demands a response).

I think Jesus would be upset as well. We belittle any power prayer can have when we allow it to be reduced to a political talking point or a thing we do to make ourselves feel better when we encounter terrible things. We should always be wary of such acts of ‘devotion.’

I suspect that this is why Jesus counseled his disciples against public prayer. Where private prayer fosters depth as we wrestle with God for answers, and often find ourselves changed, public prayer is too often corrupted by our need to look good and to receive the affirmation (or, for some, the condemnation) of others.

Don’t get me wrong. It may be comforting to a person who is grieving to know that you are praying for them. But don’t just say it, actually do it, and carry for a time their pain, not as if you own it (because you don’t) but because you love them.